When I tell people back home in the US that I’m teaching in Thailand, they usually assume I teach English to Thai children. When I try to explain by saying “no, I teach at an international school”, I’m often met with a blank stare.

Understandable enough – before moving overseas, I never realized that there was a network of English-speaking American (or Canadian, Australian/New Zealand or British) curriculum schools all around the world. I have now worked at three international schools in three countries – Germany, Malaysia, and Thailand – and I often receive questions about where I work and how to start working overseas.

So, I thought I’d share some very basic information about this type of school for those who aren’t familiar with them.

What is an international school?

International schools are private schools serving mostly expatriate children (diplomats, multinational corporation executives, NGO staff), and usually some local families (that can afford the steep tuition). Student population is usually diverse, with students from many different countries. Most schools offer grades PK – 12 (ages 5 – 18), but some are restricted to high school or primary school, depending on the needs of the population.

International schools usually choose to follow a curriculum model from the US, UK, Canada or Australia/New Zealand. Sometimes you can tell by the name of the school (like the American School of Dubai) but others are more ambiguous (like the International School Bangkok). Still others choose to pull from all different curriculum options, finding the mix that best suits their student population.

Many international schools also choose to run the International Baccalaureate program, which consists of the IB Primary Years Program, IB Middle Years Program and the IB Diploma Program. Schools which run all three are referred to as IB World Schools. Usually students from international schools attend top universities around the world due to the high quality of their education, advanced placement and/or IGCSE course offerings, and test preparation (for US universities).

The language of instruction is usually English, but you can often find German, French, Japanese or other international-style schools in major capital cities as well. There is usually at least one international school in the major cities of every country in the world. Here in Bangkok we have over 90 “international” schools, although, as I will explain later, some are less international than others.

International schools are usually affiliated with other schools in their region by the following associations:

What are the differences between schools?

Every international school (with a few exceptions) is its own entity. Even though I’m using the term “network” here, they aren’t really connected to each other. What might be common practice in one school could be unheard of in another.

One of the biggest differences between international schools is their management/ownership. There are really two types of schools: non-profit, board governed schools and privately owned (usually for-profit) schools. It’s well worth checking in detail which kind of school you’re investigating as the management/ownership can have a huge impact on educational practices within the school.

It’s also worth noting that schools labeled “international,” “American,”etc, are not always such. It’s common practice in many countries (especially developing countries) to label privately owned, for-profit schools, “international” to secure native-English speaking teachers and to provide a high standard of education to local (usually wealthy) children. Although these schools often do provide a more international-style education, the student body is not usually as diverse as you would find in true international schools. 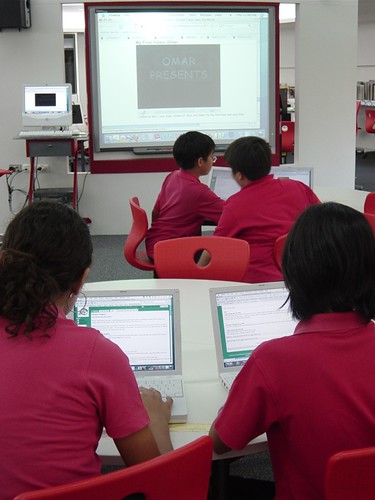 Who are the teachers at these schools?

Teachers in international schools are very diverse, as schools often make an effort to hire a mix of nationalities and ages. Most are native English speakers, but certainly not all. You will find teachers who have been overseas almost their entire career working alongside teachers who spent many years teaching in their home country before choosing to move abroad.

Interestingly, schools usually prefer teaching couples, where both spouses work at the same school, so it is quite common to be working with families where both parents are your colleagues and their children are your students. This helps build a close community, ensures that teachers have some stability in their lives (moving to a new country is stressful), and provides the most economic method of hiring and employing foreigners.

Teacher contracts are usually for 2 years initially, and then will be renewed on a year-by-year basis (though some also renew for two years). It’s fairly common to stay at a school for just two years, although plenty choose to stay much longer.

How do teachers get jobs in international schools?

This is rapidly changing as both Rhonda and Jeff have explained so well (so I won’t do it all over again). It’s worth noting that the “traditional” method of finding a job is still effective, and may be the best choice for teachers new to the international school network.

In the past, the majority of teachers would be hired at a job fair, the two major fair operators are International School Services and Search Associates (also COIS operates a fair as well as UNI and several others). Each company provides pre-screening for potential employers by requiring a detailed application process (plus fee). The companies then provide detailed listings of available jobs via a database. Finally, they organize “job fairs” in several locations around the world beginning in early January (usually Bangkok, Dubai, London, NY/Boston, San Francisco, and Philadelphia – but the locations change year by year).

The job fair is an intense experience, usually resulting in an emotional rollercoaster from moment to moment. You can walk in on the first day expecting to land a job in one region of the world, and walk out on the third day heading to an entirely different country (or, sometimes, without a job at all). Julie and Clay shared their ups and downs from the Bangkok fairs this year – so many of those points could have easily described my experiences at past fairs as well.

Most of these schools operate entirely independent of each other (though there are a few that are connected), so getting hired at one school does not ensure that you’ll be hired at another. Each school is privately owned and operated and some are more highly respected than others, so it’s worth investigating a school’s reputation before accepting an offer. However, it’s also worth noting that many school directors, principals and teachers move from school to school, bringing their previous connections with them.

What are the benefits of working in international schools?

The main benefit of teaching at an international school is going to work every day in a diverse and stimulating foreign cultural environment, with the chance to explore new places during every holiday break. As if the travel were not enough, there are tons of additional benefits to teaching overseas.

Most schools offer comprehensive health insurance, transportation at the beginning and end of your contract, and a professional development fund. All of these benefits vary widely, usually dependent on the location of the school (for example, most schools in Italy offer a limited benefits package because so many people want to live there).

21 thoughts on “The World of International Schools” 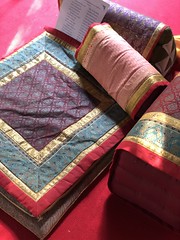 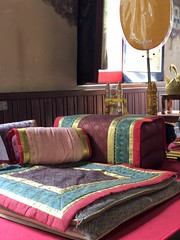 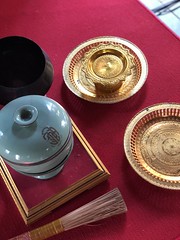 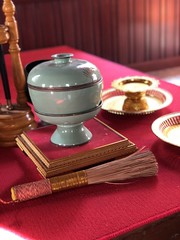 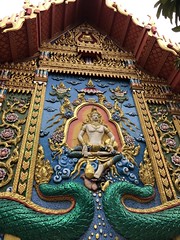