Tom Kelley got me thinking at the Hong Kong Summit: Where’s the innovation in our schools? Where’s the risk taking? Where’s the abundance of ideas? Who’s seeing things with fresh eyes? How are we taking the best ideas from other industries and applying them to education? 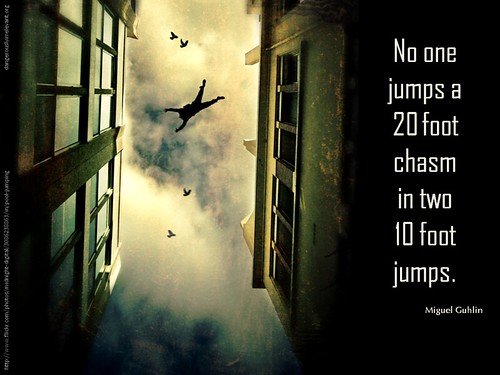 Generally speaking, schools are excruciatingly slow to change. Even when schools are making a concerned effort to be innovative and re-think traditional modes of learning, it often ends up being a variation of what’s already in place. I’ve been on countless curriculum review committees where one pre-packaged program was chosen over another in an effort to “modernize” the learning experience, but in the end all we ever seem to get is a new coat of paint on what we’re already doing. Sure, we’re moving forward, but it’s at a snail’s pace.

So how fast should schools be adapting and changing? What should the pace of innovation be?

Unfortunately, as Tom eloquently described, if we have any hope of staying ahead of the curve, we need to be moving even faster than the other innovators in our field. It’s not enough simply to be an innovator,  you need to stay ahead of everyone else who’s innovating – even if they appear to be outside your field.

Tom refers to this as the “Red Queen Effect” after a scene in Alice’s Adventures Through the Looking Glass, where Alice is shocked to be standing in the same place after running quite fast for an extended period of time and the Red Queen explains, “if you want to get somewhere else, you must run at least twice as fast as that.” 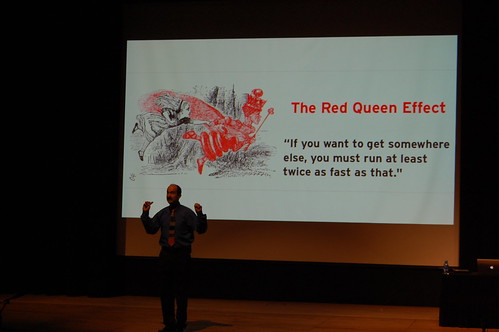 This isn’t a question of schools choosing to stand still or not innovating at all, because I do believe we’re all trying to move forward in one way or another. This is about the dangers of slowing your pace of innovation just enough for others to out-pace you – not necessarily other schools, but rather other modes of learning. Interestingly, Tom also mentioned that resting on your laurels is usually the time when others outpace you innovatively (something I think many good schools are very much in danger of doing all too often).

Another Hong Kong presenter, Stephen Heppell, was also careful to emphasize that the biggest challenge today is the pace of change: exponential. With this rapid pace of change there is no time for the “staircase mentality” (pilot, review etc). He reminded us that we didn’t value tech in the 80s – what are we mistakenly not valuing now? 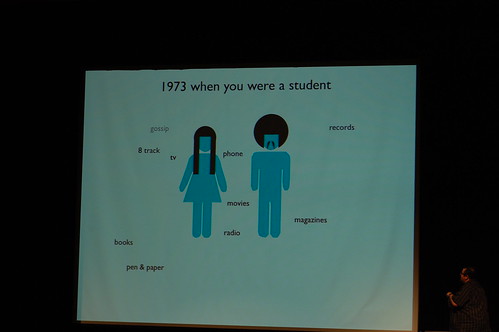 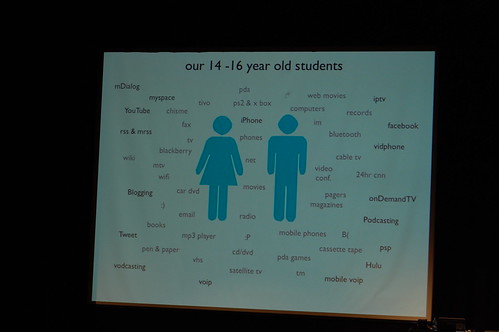 Why does this happen?

Tom explained that innovation falls squarely in quadrant 2 of Steven Covey’s matrix: it’s “Important”, but “Not Urgent”. For example, we absolutely have to have a new math/science/reading/social studies program. The teachers can’t teach without one, so picking a new one is going to fall in quadrant 1, and ultimately, innovation gets put off until tomorrow. However, innovation has an urgency all its own and those that don’t place innovation as a priority will find themselves displaced. 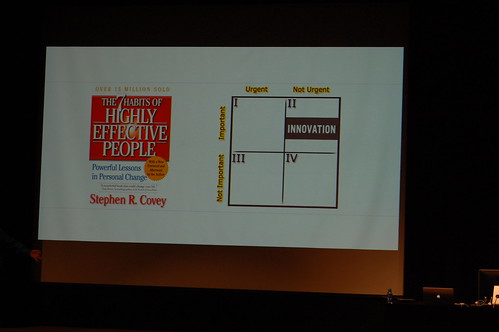 As innovators, Stephen mentioned that we need to be critical about what’s convenient for us versus what’s good for learning, for example, our assumption that ringing a lunch bell means that a thousand students will suddenly be hungry at the same time, or that students are at the same stage in their learning (in same grade) because they happened to born between two Septembers, etc.

Another problem is that radical change is often thought of as expensive. On the contrary, as Stephen, observed: “It’s more expensive to make or maintain schools and add bits of exciting 21st century around than to just skip to a much cheaper 21st century model model of community learning.” This is a good example of the difficulty people face in conceptually realizing the advantages of bold innovation: we naturally assume that slow steady progress will be best (as we are taught from an early age, when the tortoise wins the race).

How do we make innovation a priority in our educational institutions?

Tom discussed the 10 Faces of Innovation from his recent book of the same name, explaining that we need 10 different types of people to bring all the facets of innovation to the forefront of our organization:

How do you structure for innovation? 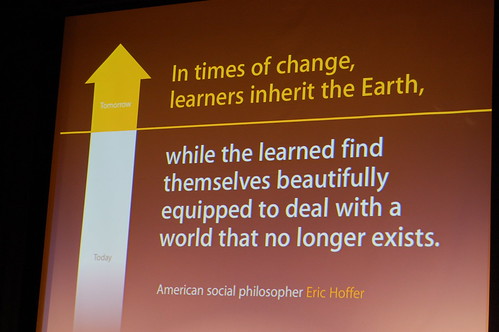 What does this mean for education?

The time for innovation is now, as Stephen described (and Marco Torres’ slide below emphasizes), “learning is at a crossroads:” we’re looking at a choice between productivity and new approaches, those new approaches being: 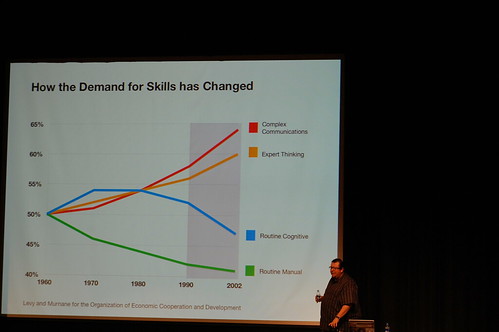 By innovation, I don’t mean just adding more technology to the classroom, I mean thinking differently about learning in its entirety. For example, I still find it hard to believe that many schools have not fully implemented a project-based learning approach. This was all the rage when I was in teacher’s college 10 – 12 years ago, but even now it’s still marketed as something “new” (maybe that’s why I like the MYP so much). How is it possible that, 12 years after learning about a model of education being the best thing since sliced bread, only a few schools really excel at this approach?

It’s not technology alone that makes us innovative, it’s looking at learning with fresh eyes. It’s asking ourselves: if we could start from scratch, what would our schools look like today? I can’t remember who said this first but, “technology is just an amplifier” – technology doesn’t change the quality of teaching or learning, it will only amplify it, either in a positive or negative way. What we need to be looking at is changing our approaches to learning, not modifying our curriculum to a “newer” version of what we’ve already had for the past 20 years. 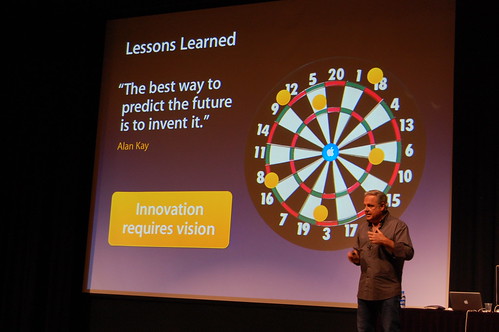 We could start by taking a step back and looking at the whole experience of teaching and learning, as if we  were aliens from another planet or anthropologists studying a remote tribe, as Tom described the role of the Anthropologist in his 10 Faces of Innovation. It’s only through observing learning in its natural environment today, wherever it’s taking place, that we can understand how to build schools that meet the needs of today’s learners. As Tom quipped, “I don’t know who discovered water, but it certainly wasn’t a fish!”

What do you think? Is your school innovative? What are you doing to encourage innovation? What can schools do to focus on innovation despite the daily urgencies of our profession? 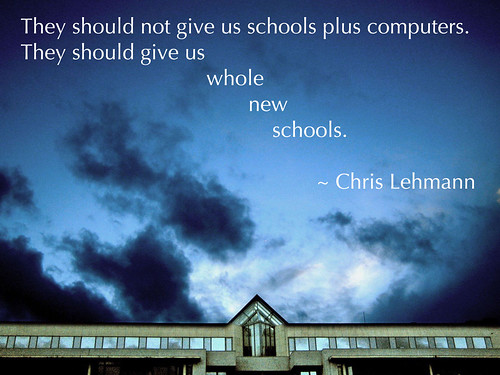 If you were an alien who knew nothing about our education system and you arrived on our planet today, how would you design a learning community for today’s students?

13 thoughts on “Where's the Innovation?” 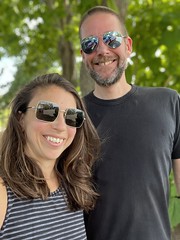 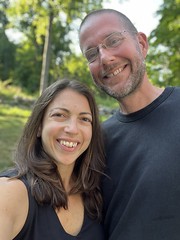 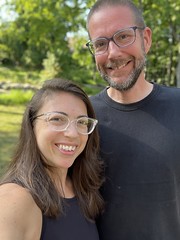 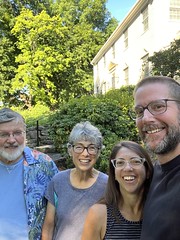