It’s hard to believe that this is the second time we (my husband, Alex & I) have made the decision to leave our home due to external situations in under a year. The first time was during the protests in Bangkok, Thailand, where we happened to live right in the middle of the protest area. And this week, we have left our home in Yokohama, Japan (for Singapore) due to the recent earthquake. Although the two situations are very different, what I’ve learned remains much the same.

We are extremely fortunate.

Some might disagree. I mean, really, what are the chances of us being in the middle of the Bangkok protests last April and now, less than a year later, affected by the earthquake (and resulting disasters) in Japan? (Interestingly, there are at least 6 of us working at YIS now who were living in Bangkok last year.) Even with what one might consider our unlucky fate of being in the wrong place at the wrong time, twice in one year, I actually think we are amazingly lucky.

For starters, although we were living in cities which were affected by serious events, in both instances we remained safe and relatively unaffected.

Last Friday I happened to be home sick when the earthquake hit. I was in on the 9th floor of our 22 floor building, napping when the shaking woke me up. Despite the rattling, crunching, swaying, and slamming, not one thing fell of the walls. I could actually see our building twisting and rolling with the earthquake – walls going one way, floors going another. Through repeated aftershocks, I was able to wait (I’d like to say calmly, but that would not quite be true) in our interior hallway, just watching the doors of our apartment sway back and forth. We never lost power, gas, water or internet connection for the 4 days following (we left on the Monday night), nothing was damaged, and the only thing that toppled over was a big candle. I have no doubt in my mind that, had we been in another country  during that same exact situation, things would have been significantly different.

Once the aftershocks settled down a bit, I was able to walk down our emergency stairwell, where I ran into two lovely Japanese neighbors who explained that I should stay inside (this shows the extent of my earthquake preparedness, I didn’t know if I should stay in or go out), that everything was safe, and offered to help me since I was alone.

After a few hours, I was able to get in touch with Alex, via our school gmail chat (since the phone lines went down immediately – but the internet was uninterrupted), and ended up going up to school for the evening to help our students get home safely. There was no damage to our building, no damage to our school, every child and teacher had a safe place to spend the night (and no one had to sleep at school).

We are also extremely fortunate to be able to make and change our travel plans as needed, and to leave once we made the (difficult) decision to go.

Once we decided that we would feel better with a flight to Singapore booked, we simply booked it. We didn’t think about cost (well, a little bit, since some airlines were charging upwards of US$4000 for a one-way ticket, thankfully, Singapore Air was comparatively very reasonable), we didn’t worry about where we would stay, we just booked it. And it’s not like we had to go to Singapore, we have friends in every major city in Asia, and so so so many of you were so generous in offering to have us stay with you. Thank you!

Once we got the news on Monday morning that school would be closed for the week & through our upcoming 2-week spring break, we decided to try to move our Tuesday night flight a bit earlier. Again, phone lines were jammed and we couldn’t get through with our Japanese phones, so I ended up using Skype to call Singapore Airlines in Japan. We were on hold for around 45 minutes before we finally got through. The lady who helped me was amazing. She was calm, friendly and super organized (oh and of course we did the whole thing in English, though she was obviously not a native speaker). Within minutes, she had us rebooked on an earlier flight with no cost to us. Thank you Singapore Airlines!

I’m still amazed that during all of Friday’s events the internet remained on (and fast) the entire time. I was completely spooked (never having lived in an earthquake zone before) and friends around the world were sending me messages and reassuring me, thank you! Adrienne Michetti basically stayed on Skype with me for at least an hour keeping me calm. I’m not sure what I would have done without Adrienne, Twitter, and all those messages on Skype, gmail, Facebook, etc, but I’m pretty sure it would have entailed some serious panicing and potentially poor decision making.

From the moment I opened my laptop after the earthquake, Twitter has been an invaluable resource. We don’t have TV in our apartment (not that I would choose to watch the international news in a situation like this anyway), so the internet is our only source of news. We were able to watch livestreaming NHK and Al Jazeera, but my real news was coming from my Japan Twitter list.

Basically, the only news I read is from my own, self-curated, list of people I trust based on reading their tweets for months and recommendations from other friends I trust. These people are regular individuals, translating the Japanese news, individual reporters in the Tokyo area, diplomats, or newspapers or magazines in Japan. They are on the ground, constantly reading, watching, and tweeting. And since most of them are actually living in Tokyo, they are doing their absolute best to share only accurate and balanced information – it’s their news too, after all.

This morning, I noticed that most of the people in my Japan list aren’t regularly using hashtags on their posts, meaning that people who know enough about Twitter to search via hashtags may not find the same information I am. And, that’s just the people who know how to search Twitter. I simply could not imagine being in this same situation without understanding at least some of the basics of Twitter. It would be nerve-wracking and frustrating. Especially considering that this is what we get from our traditional media and “experts”:

How do you know what to believe when one news outlet says this and another says this? Of course, my experience is just superficial, on the sidelines of the crisis, allowing me (safe and secure) to stay up to date. There are plenty of stories about how social networking is helping families find loved ones, and actually affecting life and death situations.

Even today, as I sit in our lovely room at the Hyatt (fortunate!), I am constantly online, checking the updates from my Japan tweets. I don’t bother with the hashtags unless I’m getting antsy, and I am confident that I am getting the most balanced information from people translating Japanese news & sharing international news.

It was the same in Bangkok last year, I felt more informed than any of my other friends (except those who understand how to use Twitter), somehow I always seemed to know what was happening and going to happen before even the most informed of my colleagues (except my US Embassy friends, thank you! You guys are the best!). It’s a very reassuring feeling.

I frequently blather on about how important Twitter is for professional development as learners, but, honestly, it’s even more important for your safety. I have to do two presentations at ETC this year, and I’m tempted to change at least one of them (though I don’t think that will go over well) to discuss how to use Twitter in times of crisis to stay connected, safe and aware of ongoing developments. Everyone, especially people living in countries where they don’t speak the local language, should be fluent in this kind of communication.

Thanks to the fantastic and wonderful people I follow on Twitter along with our invaluable real life connections, Alex and I were one of the first people to decide to leave Japan (and we were the first to leave our apartment in Bangkok last year, although several other teachers lived on the same street as us). That might make it seem like they were easy decisions to make, but they weren’t. Both times I have wanted nothing more than to be back at home, especially this time. It’s not really a vacation, even though we’re not working. We’re constantly reading the news, worried about our friends who have chosen to stay, and of course about all of the people who have no choice, and those who were much much much more seriously affected.

It’s a strange feeling. A mixture of sadness and guilt. We made the decision to leave partially for our own concerns (to be safe), but also to be less of a power-drain on the already tenuous power situation in East Japan, and to simply be two less mouths to feed, taking up much needed supplies. I know it’s better for us not to be there. We don’t speak Japanese, so we can’t really help in the north. There’s nothing to do and frequent rotating blackouts (so we’d literally be sitting in the dark some of the time), and we (well, I) would be working myself up into a panic at every new development. But, really, we’d rather be there.

Japan is such a special place. The calm, friendly, orderly and efficient way every single person we dealt with over the days after the earthquake was simply unparalleled (and just the standard way things are done every day in Japan). The construction that undoubtedly saved lives, the dedication to saving the lives of many even at great personal risk, the preparedness and organization and selflessness in the face of unimaginable disaster, and the unshakable belief that they will overcome. It is humbling, heartbreaking and heartwarming all at the same time. I honestly can not think of a place I would rather live, a people I would rather learn from, and a place I would rather be at this moment in time. Japan, as usual, I am in awe.

17 thoughts on “Two Crises, Many Connections” 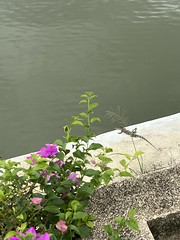 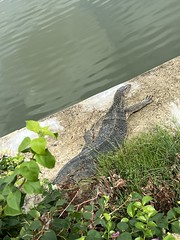 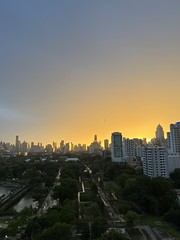 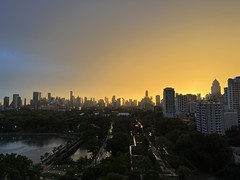 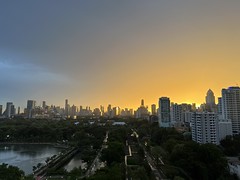