Over the last few months, I’ve been extremely fortunate to lead a number of weekend workshops at ISB and around Asia. I always really enjoy the experience (and am usually on a “workshop high” for days afterward), but attending ASB Unplugged in February and the EARCOS Teacher’s Conference last week helped me realize what was so special about those weekend workshops, compared to your “standard” conference. 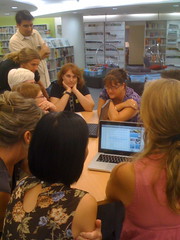 Last year, after the EARCOS Teacher’s Conference, I realized that the most useful aspect of attending conferences (for me) is not so much about the content available, but rather about meeting people and building relationships. But, after all these weekend workshops this year, I’m realizing that just having the occasional opportunity to chat with someone in the hallway or between sessions isn’t really enough. It’s actually going through the process of learning together, creating something together, collaborating as equals over time, that really builds a meaningful and lasting connection.

Now, of course, that’s not to say that the connections you make in the hallways and after presentation sessions at conferences aren’t great (’cause they are), but after spending a whole weekend, working in a team with another group of teachers to actually create something that demonstrates your learning, well that’s a whole other level of connecting you’ve got there.

It’s the experience, the collaboration, the creation of something new, the feeling of being on a team, and the satisfaction of actually doing something with your time. It’s what I’d like to call “The Way of The Workshop”  (or The Next Generation Conference). You just don’t get that attending sessions at a conference.

I’ve attended a number of workshops like this in the past, and this year have had the opportunity to actually lead (and organize) a few myself. I’d like to think that the other workshop leaders and I tried to foster the kind of learning environment that we as learners would appreciate and enjoy.  Reflecting on two of the workshops from this past January, TechTrain 2010 (led by Tara Ethridge, Chrissy Hellyer, Dennis Harter, Dana Watts and me, hosted at ISB) and Create the Future (led by Julie Lindsay and me, hosted at Beijing BISS International School), here are some of the ideas we implemented: 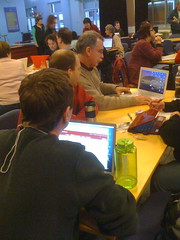 We organized our workshop participants into groups that stayed together for the duration of the two-day workshop. For Create the Future, we (well, Julie) created the groups in advance based on subject are and grade level taught. For TechTrain 2010, we let participants self-select the appropriate cohort group based on comfort level with technology through a simple Google Form. This way we were able to expect that in the Create the Future Workshop, teachers would be able to focus on the practical and address real issues relevant to their curriculum and subject area, and in TechTrain, teachers would be comfortable asking any and all questions because everyone in their cohort group would be at a similar skill level.

In both workshops we made sure that participants actually produced something by the end of the workshop. For Create the Future, we asked participants to follow the Understanding by Design method of unit planning and create an actual unit that they could implement in their own classroom, including a collaboration element for students to be connecting with others in different schools. For TechTrain 2010, we asked participants to use their new learning to create a sample project to be shared at the very end of the workshop in a SpeedGeeking session. 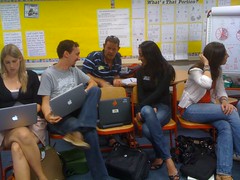 Because these workshops are usually smaller than a full conference (we had around 50 participants in both workshops), we were conscious of the fact that it can get tedious to sit in the same room hour after hour, day after day. So, we organized specific breakout sessions where each workshop leader gave a presentation on a new tool or idea (finding Creative Commons images, for example) and the participants were split between the two sessions, and then we swapped groups so that everyone had a chance to learn the same things. It was nice to be able to work with a smaller group of people, and to be able to go into depth on one topic, while knowing that someone else would take care of the other one.

Working with the same team of people, experiencing the same presentations and hands-on sessions means that everyone who attended had a shared experience, one they can reflect on together and remember well after the workshop. In a “normal” conference everyone attends different sessions and shares the ideas later, which is a great way to diversify experience, but there is something special about having gone through the same training together. It helps build your own understanding when you have someone to deeply reflect and discuss it with, and it ensures that everyone in attendance gets the same message. 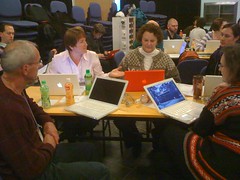 In both workshops we built in specific time for participants to digest what they were learning through focused questions, group conversation time, and just general “down time.” All too often conferences are go, go, go, with no time to think about what you’re learning or to make sense of it all. We tried to build in that discussion time so that participants felt like they walked away with something solidified in their mind, still new learning, but something concrete instead of completely fuzzy.

This definitely does not mean that both workshops were perfect, I know I certainly have a lot to learn (as always), but I am so thrilled with the experiences and it’s great to start to understand better what actually works for teachers. Based on participant feedback, there are a few things, in addition to the above, that I know I need to always keep in mind:

I’m sure I’ll have the chance to both attend and lead more workshops over the coming years, and knowing the value of that time spent makes it all the more worth it to me!

Do you have any advice on what makes a good workshop? Am I missing anything from the list?

35 thoughts on “The Way of The Workshop” 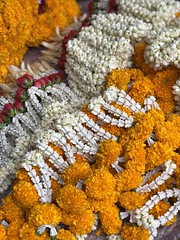 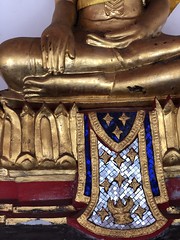 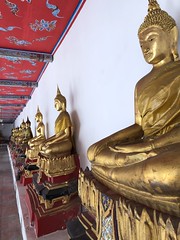 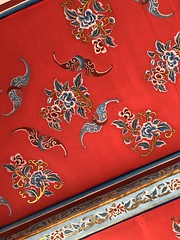 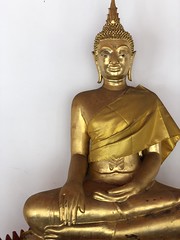