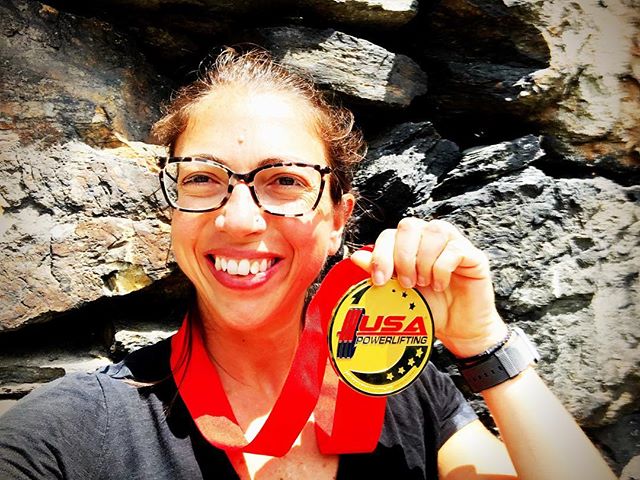 A few weeks ago I competed at my second USAPL meet at Gleason Performance in CT. (Technically, it was my fourth meet overall, but the other two were here in Bangkok with Thailand Powerlifting Alliance.)

I absolutely love competing! It is so much fun to test out what I can do under competition conditions, and to have goals to work towards. Having the record of specific dates when I hit new PRs, and building on those numbers several times a year makes my training so much more purposeful.

This meet was my best yet in pretty much every way. I hit all my attempts for the first time ever, and I just felt great the whole day, with each lift. Here are the highlights:

So nice to start a meet with three good #squats! Super proud of all three of these lifts today, especially the 105kg third attempt, an overall PR for me! . . Squat is always my most stressful lift, but I think I’m finally (slowly) starting to feel more confident. So glad I had so many more opportunities to squat heavy this training block, it made a biiiig difference! Thanks @teamgpt! . . Thank you @brianbellitto for the “heads up” cue on that third attempt! And for organizing the music! Both were just what I needed for that PR! . . #abcmfitness #redditabcmfitness #powerlifter #powerlifting #girlswhopowerlift #gwpl #girlswholift #powerliftingwomen #veganathlete #plantbuilt #thisisfemalepowerlifting #tifp #womenwholift #teamgpt #wotgpt #powerbuilding #eat4stregnth #pr #meet #competition #usapl #usaplct #usaplctsummershowdown

Squat is always my most stressful lift. When I first started lifting heavy, I was never taught to hit proper depth in my squat (I cringe looking back at those training videos) and it took me ages to figure out exactly where that is for me. Even now I can miss a third attempt, especially if it’s a PR, because of depth. But this time I hit depth on all of my lifts, with no hesitation.

I’m not sure if it’s because I have been focusing on hitting depth in my training, or because I was confident with these numbers, or because I have total faith in the spotters now (after seeing so many other failed lifts) that I just know it’s worth going for it, rather than missing a lift for “safety” (which was kind of what was always in my head). No matter what, I am really pleased with my squat performance.

For the last two meets, starting exactly a year before this meet, I have been stuck at 52.5. I’ve failed in two previous comps at this weight as my second attempt and come back to get it as a super ugly third attempt. This time it was my opener, and although it didn’t go up quite as easy as I would have liked it to (I don’t think I was entirely clear about what I wanted for my handoff from the spotter), it still went up. 55 was much easier, and then finally got a bench PR. I am so ready for 60kg!

Usually I fail my third attempt deadlift because I’m just wiped from the whole day, but I think knowing that I could pull this weight from an earlier training session helped. It felt super slow, but I just kept pulling! Watching back, it doesn’t seem that slow at all (especially compared to some sloooow pulls I’ve had in the past), but it always feels like it takes forever!

Someday I will be able to PULL FASTER. But for today, I’m happy with this 115kg comp PR. It was suuuuper slow in the moment (thanks for the cheering @teamgpt & @guentheralex!), but watching back it’s not nearly as slow as it felt. . . Big takeaway from this training block (esp for #deadlift), I need to take bigger jumps in training. Even just a 10kg jump from my last warmup to first attempt felt heavy. Must fix that ASAP! . . #abcmfitness #redditabcmfitness #powerlifter #powerlifting #girlswhopowerlift #gwpl #girlswholift #powerliftingwomen #veganathlete #plantbuilt #thisisfemalepowerlifting #tifp #womenwholift #teamgpt #wotgpt #powerbuilding #eat4stregnth #pr #meet #competition #usapl #usaplct #usaplctsummershowdown

My total was 277.5kg. I registered for the meet as a 57kg lifter, but have been working on feeling less stressed about scale weight, and ended up weighing in at 59.2kg, and competing with the 63s. My Wilks was: 312.63. I earned a gold medal for the masters female category and I think (but I’m actually not sure, because Ryan didn’t give medals for weight classes), that I was first in my weight class too. 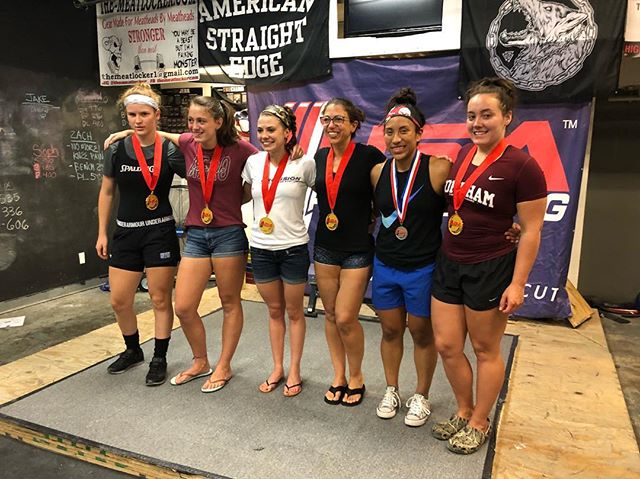 One major highlight of this meet was being part of #teamgpt! Even though I am an online client, they did a great job making me feel like part of the team. Not only were my warm-ups and attempts all set from my coach, Ryan, but I had actual handler (thanks Brian!) to manage me throughout the comp. I never even picked up a plate to load the bar, and Brian made sure I had everything I needed all morning – including critical cues during my attempts! What a difference it makes having a handler makes (even Alex appreciated not having to do *everything*)!

And, of course, just like last year, competing at GPT is extremely well organized and professional. Everything runs like clockwork and just makes it an absolute pleasure to compete. I am so grateful that I chose such an outstanding facility for my first USAPL meet last year, and now I get to work with Ryan for my coaching and programming too!

Now that I’ve been through the process of competing a few times, I’m starting to feel much more confident and generally less stressed out about the whole experience, but, as usual, I always learn so much. Here are a few of the key highlights from this meet (and meet prep):

I am a big baby when it comes to adding weight to the bar. I pretty much stick with 2.5kg jumps when I’m moving up in weight, and if it’s something I’m really nervous about (like a 1RM test), I’ll often go up in 1 or 2kg increments too. About two thirds of the way through this prep, I had a deadlift day and when I calculated out how many sets I was doing, I realized that I would never get above 105kg (which was less than my previous max), and I was unlikely to go higher than that in the rest of prep. When, I texted Ryan to ask what I should do, he said “take bigger jumps”.

Duh. Why wasn’t I doing that before? That day I hit a PR at 111kg (for my last set). Lesson learned: when I’m feeling good, take bigger jumps. Easier said than done, but I’m working on it!

Side note: I’m also trying to apply this strategy in warm-ups too. Ryan set fewer warm-ups than I normally take and it was really interesting to see that I still felt fine – especially considering I usually do much more than this when warming up.

My goal now is to practice warming up with bigger jumps and less reps, and to keep trying bigger jumps when working up in weight during training. 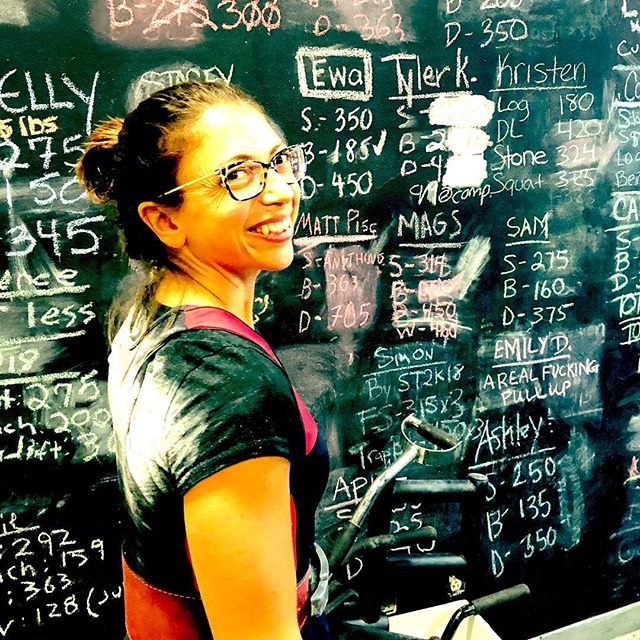 I’m not a YOLO lifter

In previous comps, I would always treat my third attempt as a yolo lift. Something I wish I could hit, but actually have no evidence that I can make it. And I usually fail, especially third attempt deadlifts. This time around, I hit almost all my lifts in training before performing them on the platform. And while this is slightly less exciting on comp day, it also makes for a much more positive experience. I felt way more confident the whole time, and for the first time ever, I hit all 9 of my attempts.

Obviously a huge part of this was also having a handler and my coach right there for advice, but when I compete again in Bangkok (on my own), I will know to be a little more conservative with my attempts (smart choices), and I will push a little harder in training to make sure I know I can hit my lifts.

A few weeks before my meet, Ryan programed singles for all my lifts at RPE9. I don’t think I’ve ever done that so close to a meet before, but I’m SO glad I did. I pushed my squat to 104 (from 102 – see “take bigger jumps” above, lol) and, although it was shallow on that day, I realized I could hit that weight, especially after a taper and with all the meet excitement.

Knowing I could make all my attempts, because I had hit them in the gym during this cycle helped me feel so much more in control and confident throughout the day. Often on my third attempt deadlift, the adrenaline just leaves me and I feel wiped and I miss it. But on this day, I knew I could hit 115 (I did 115.6 in the gym), so I just kept pulling. 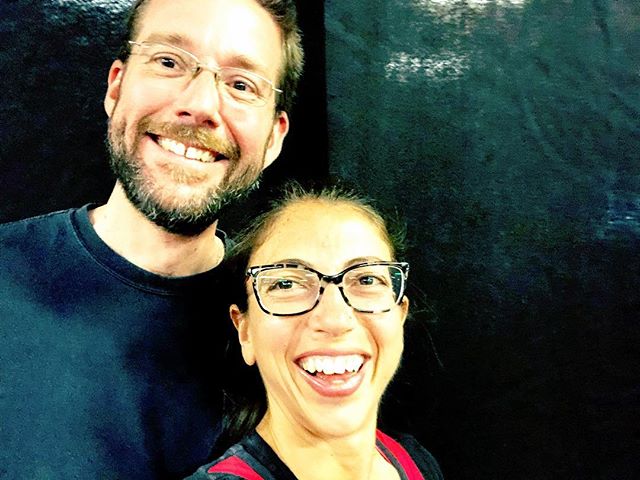 My deadlift is SO SLOW off the floor. As soon as I hit just below my knees, I can lock it out easy, every time. But there are a few inches there when I don’t actually know if I have the lift and it feels like forever while I’m pulling. Usually looking back at video, it isn’t usually that long, and I’m always pissed when I let myself drop the weight. So I’m making it a priority in my training to keep pulling even when weights feel super heavy (I’ve already had my first opportunity just last week, lol).

Along with sticking with a pull, I know I’ll be working getting faster off the floor. I’m not sure how Ryan is going to program that for me, but I know it will definitely help with my max attempts!

I am already excited about competing again. Next up will be a meet in Bangkok with the brand new Thailand Powerlifting Federation, an IPF affiliate. I’m so excited to be part of the Executive Committee for the TPF and to see drug-free powerlifting come to Thailand!  I’m slowly working my way towards a 300kg total and would love to hit 110S, 60B, 120D next meet.